You are here: Home1 / Blog2 / The Use of Marijuana in Sports

Athletes Who Recommend Cannabis in Sport

Pro-sports are hard on the athletes that play them. Football is probably the hardest. Broken bones, concussions, sprains, strains, and bruises are an everyday occurrence in their job. Chronic pain and stiffness is the side-effect, especially as they age. Many athletes turn to drugs and alcohol to ease their chronic pain. Several have found cannabis to work better and have become staunch advocates. They recommend marijuana in sports.

Cullen Jenkins is a former defensive lineman in the NFL. He played for 13 seasons for teams including the Green Bay Packers, Philadelphia Eagles, New York Giants, and Washington. During his career, his go-to for pain was Vicodin, alcohol, and other pills until family members suggested CBD instead. He’s now a staunch advocate. 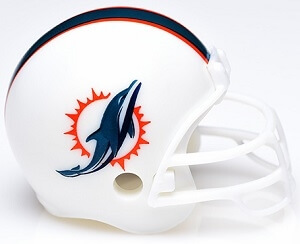 Ricky Williams was an NFL running back for 12 seasons. He’s always been an outspoken user of marijuana. For much of his career, he played for the New Orleans Saints and the Miami Dolphins.

During his time with the NFL, he failed four drug tests for using cannabis products. He was also suspended for an entire season for violating the NFL’s substance-abuse policy. Post football he is taking his advocacy for cannabis in his own hands. He created Real Wellness, a company that makes health and wellness products that contain both THC and CBD. 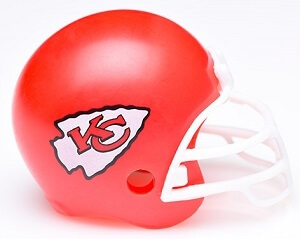 Kyle Turley was an NFL Offensive lineman. His 8 season career included playing with the New Orleans Saints, St. Louis Rams, and Kansas City Chiefs. During his professional football years, he became reliant on pain killers. He believes this contributed to his 20-year struggle with depression, anxiety, and rage. He strongly feels his life turned around when he started using marijuana to help ease his symptoms and stopped taking painkillers. 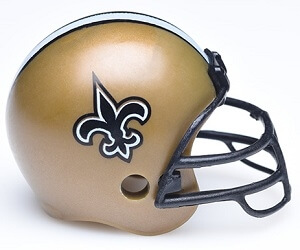 After his years as a pro-athlete, he was finally diagnosed with depression, Bi-polar disorder, and anxiety. He also suffers from sleep disorders. The one thing he feels that helped him was cannabis. He believes he can assist other athletes with overcoming their symptoms from chronic injuries by using cannabis. To do this, he established Athletes for Care with Matt Barnes and Al Harrington. His goal with the organization is to help others understand what cannabis really is as a medicinal and therapeutic treatment.

Cannabis has a long history of recreational use but has also been touted for its medicinal purposes. There are two primary compounds in marijuana, CBD and THC. Both substances are commonly used for their healing qualities including, relieving localized pain and as an anti-inflammatory. For athletes and non-athletes, the benefits of cannabis on workouts include helping to reduce the chance for sports injuries and relief of post-workout muscle cramps, strains, and stiffness.

The effects of marijuana on an athlete depends on the strain they are using. There are three main strains, Sativa, Indica, and Ruderalis. The most commonly used variety is Sativa. Compounds in the Sativa plant are known for their energizing properties. Indica varieties have a more mellowing, and relaxing effect. Both can be used for athletes in sports, but are not prohibited. Cannabis usage regulations in sports are governed by several world-wide sports authorities. According to the United States Anti-Doping Agency (USADA) in conjunction with the World Anti-Doping Agency (WADA), the use of cannabinoids and marijuana in sports is prohibited. Although in some instances a waiver may be considered if the athlete is approved for a Therapeutic Use Exemption.

Per the World Anti-Doping Agency (WADA) rules, a substance must meet three criteria to be placed on the prohibited list.

Marijuana in sports may seem like a good thing. Cannabis can help relax tense muscles and reduce pain during post-workout recovery. It can also decrease an athlete’s anxiety and tension. This can make him perform better under pressure. That should be a good thing in pro-sports. It’s not. The rules don’t allow any performance-enhancing drugs that can give one athlete or team and unfair advantage over another.

Another reason for the ban is marijuana can alter moods. The effects of cannabis on athletes is they may forget painful incidents or no longer become concerned about getting hurt and push themselves past their fears and pain. This can cause traumatic injury to themselves or other players.

Research shows that marijuana use may also cause adverse effects on respiratory, cardiac, and mental health. Frequent smokers have an increased risk of lung infections and acute illnesses. It also may increase the heart rate by at least 20%, which can escalate the risk of a heart attack.

Some research has linked chronic marijuana use to mental health issues, including paranoia and psychosis. With these health risks, the governing agencies have stated that marijuana in sports can be detrimental to a professional athlete’s health and well-being.

If you’re an athlete or someone interested in the health benefits of marijuana, you can find more information and products at your local cannabis dispensary.

How Cannabis Can Help You Fight Insomnia
Scroll to top