California has a long history with fighting for and against cannabis. During the early 1900s, the state’s general consensus about marijuana was that the substance was a significant threat to society. It was unceremoniously placed in the same grouping as opium and morphine. Opinions have changed radically over the years from those early days. From it being considered a highly toxic substance, to the recent legalization of both medical and recreational use of marijuana.

The “Marihuana Tax Act” in 1937 upgraded the “Poison Act” to prohibit the use of cannabis except for industrial and medical purposes. The legislation was repealed in 1970, and harsher laws were created against the use of marijuana. Just a few years later, lawmakers tried to reverse the public opinion of cannabis. In 1972 Proposition 19 went up for a vote. The law would have overturned prior legislation and decriminalized the use of pot for individuals 18 and over. The voters weren’t ready for the legalization of marijuana, and the law was voted down.

By 1975, as society became more accepting of personal freedoms, public opinion about marijuana began to change. The approval of California Senate Bill 95 downgraded the possession of 1 oz. or less of marijuana from a felony to a misdemeanor.

The first big win for cannabis came in 1996. California became the first state to allow the use of medical marijuana with the voter’s approval of Proposition 215, the “Compassionate Use Act.” The next win came years later. On January 1, 2018, California voter’s approved Proposition 64, the “Adult Use of Marijuana Act.”

Legalization of Recreational Use in California 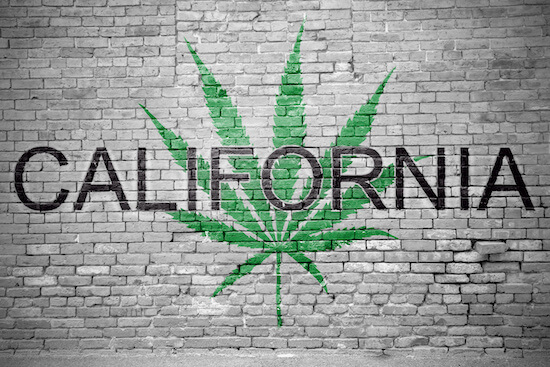 The “Adult Use of Marijuana Act” legalizes the recreational use of cannabis for adults 21 and over. Within the state of California, users can legally buy marijuana from California dispensaries. They can possess up to 1 oz. of dried marijuana or 8 grams concentrated cannabis (Hashish). Under the new law, users are restricted to consuming the substance on private property only.

The new legislation also allows Individuals 21 and over to cultivate up to six marijuana plants per residence for their own personal use. The plants must be grown indoors in a secure area unless outdoor growing is permitted by local ordinances. All types of cultivation and use are subject to local and state regulations.

Under the new law, using cannabis in a vehicle is considered illegal. It’s also unlawful to use in a public place such as a restaurant or park, or where children are present. Employers still have the legal right to fire an employee for testing positive for marijuana. This includes even if they weren’t using the substance during work hours.

It’s also illegal to sell, give away, import, or transport marijuana without a state or local commercial license. Individuals with medical marijuana permits and their primary caregivers are exempt from the transportation ban when transporting the substance for personal use. 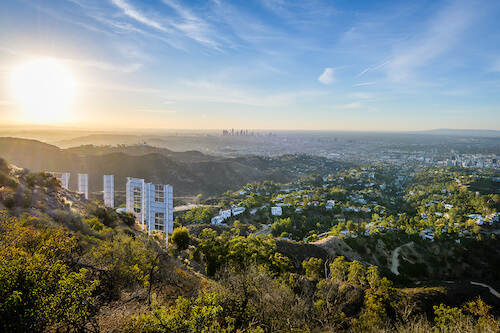 There is one large catch to the laws that make both the medical and recreational use of marijuana legal in the state of California. According to current United States federal laws, any use of marijuana is still illegal.

In 1970 Congress passed the Controlled Substance Act (CSA) classifying marijuana as a Schedule 1 drug, a controlled substance. According to the United States Drug Enforcement Administration (DEA), drugs listed under schedule 1 are “substances or chemicals with no currently accepted medical use and a high potential for abuse.”

Being listed under schedule 1 makes possessing marijuana anywhere in the United States a federal offense. This overrides any laws legalizing cannabis in the various states. Federal agents can arrest individuals for possession or cultivation of pot. Although, in theory, federal agents won’t pursue low-level marijuana users.

The number of states that have laws legalizing both the medical and recreational use of cannabis is increasing quickly. Currently, thirty-three states and the District of Columbia have legalized some level of marijuana use. As more states approve laws regarding pot, discrepancies are becoming an issue with legislation varying widely from local regulations to state-level laws, and between states. There is no national governing body regulating the cannabis industry. This is primarily because on a federal level, the use, possession, and cultivation of marijuana are still illegal, no matter what the states say.

The cannabis regulations and laws in California are right in line with a growing number of states legalizing marijuana for all adults, for both medical and recreational use. The biggest hurdle for states, including California, are the federal agencies that won’t budge on their view of marijuana as an illicit drug with no positive benefits to society.

We have the newest strains from CBX ⛽️ #Happ

Wether you want to be energetic, relax & chill, or

Difference between THC and CBD