You are here: Home1 / Blog2 / The Difference Between Medical and Recreational Cannabis

The popularity and legal usage of cannabis are growing as people realize the incredible benefits the drug can offer. However, particularly if you live in a state that has legalized both, the distinction between medical vs. recreational marijuana can seem foggy at times. Let’s clear the cloud and look at some of the core differences. 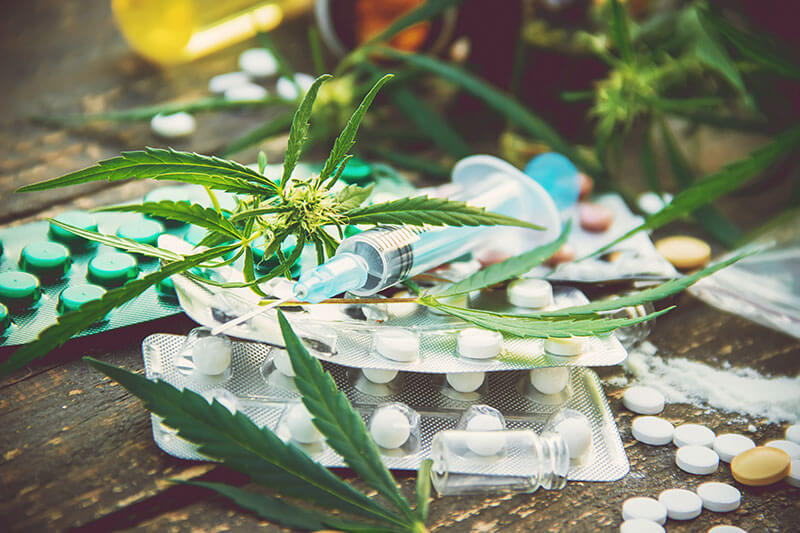 The laws governing cannabis vary across states. The recreational use of cannabis is now legal in 11 states and Washington D.C., including California, Alaska, Colorado, Maine, Nevada, Massachusetts, and Oregon. Medical marijuana is legal in an additional 22 states and US territories Puerto Rico and Guam. However, any use of marijuana is still considered illegal under federal government because the DEA does not believe the benefits of marijuana are sufficient to relegate it from a schedule 1 drug (meaning it’s perceived to have no medical value and a high potential for abuse). 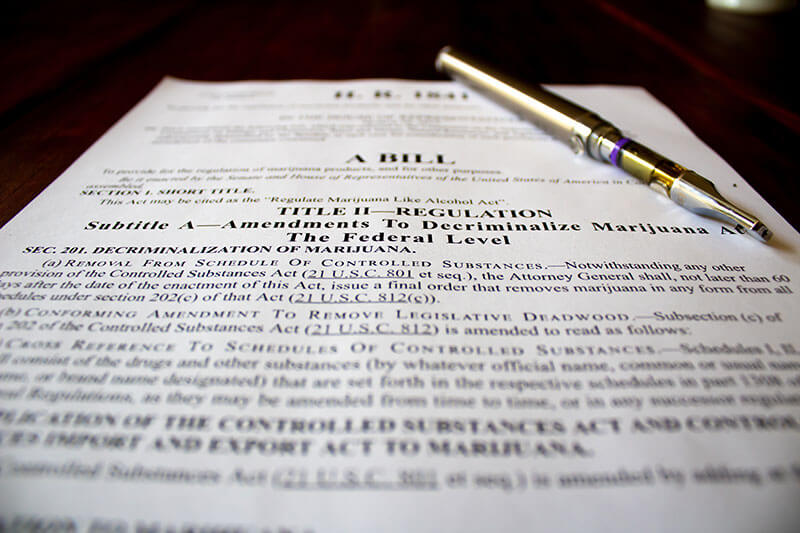 Shopping for Medical vs. Recreational Marijuana

Because medical marijuana is used under the supervision and guidance of a medical professional in the US, users have to have what is known as a ‘recommendation’ from their doctor, and they will be given a medical cannabis card that they have to take with them when they get their weed. You need to be over 18 to buy medical cannabis, but minors can legally access it in approved cases such as certain types of seizures.

With recreational cannabis, anyone over the age of 21 can purchase it from a state-licensed dispensary, and all they need is a valid ID to prove their age. 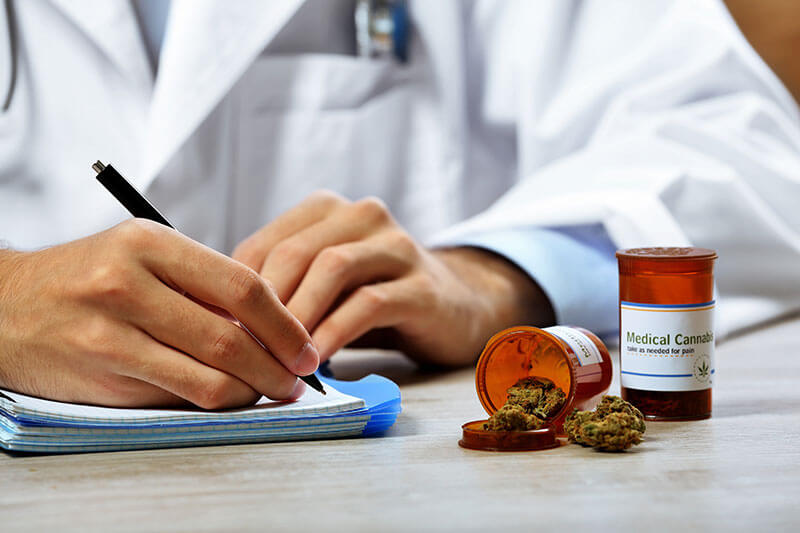 Most people use medical marijuana for pain control, particularly for chronic pain—something that affects millions of Americans. There is a growing body of research supporting the use of marijuana for medical purposes. Some studies and anecdotal evidence have shown that marijuana can be used for a variety of medical problems, including sickness and nausea caused by chemotherapy, as a muscle relaxant for Parkinson’s, epilepsy and MS and even for PTSD. Medical cannabis often comes in the form of tinctures, oils, balms, and edibles because of the added health risks of smoking. 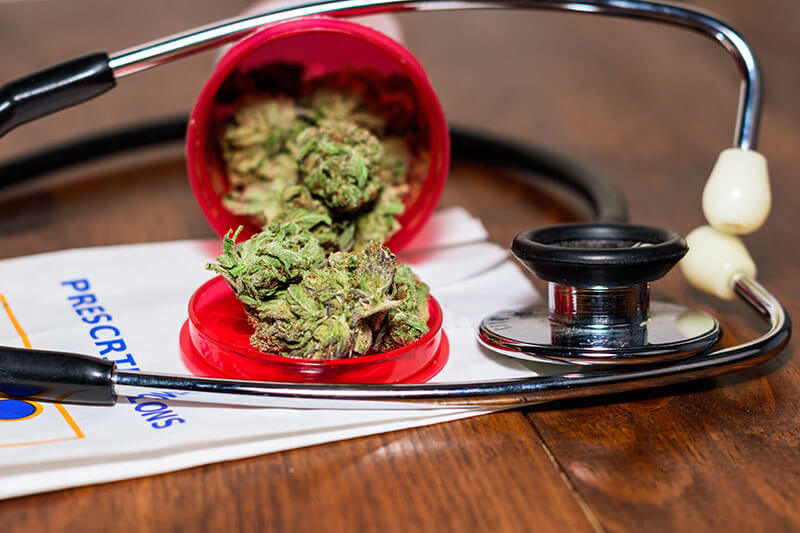 Generally, the purpose of recreational marijuana is to get high. But with so many strains now available, a ‘high’ can be very nuanced and mean different things to different users. Some consumers might want to feel energized and creative – something that is likely to come from Sativa strains – while others want bodily relaxation and stress relief – something that Indica strains offer. Unlike medical marijuana, recreational marijuana tends to be smoked or vaporized.

Chemical Components and Their Effects

This is probably the main difference between medical and recreational cannabis. Marijuana has over 100 active components called cannabinoids. Depending on the marijuana strain you choose, either THC (tetrahydrocannabinol) or CBD (cannabidiol) will be the dominant compound, and these cannabinoids are the ones that have the greatest therapeutic effects. 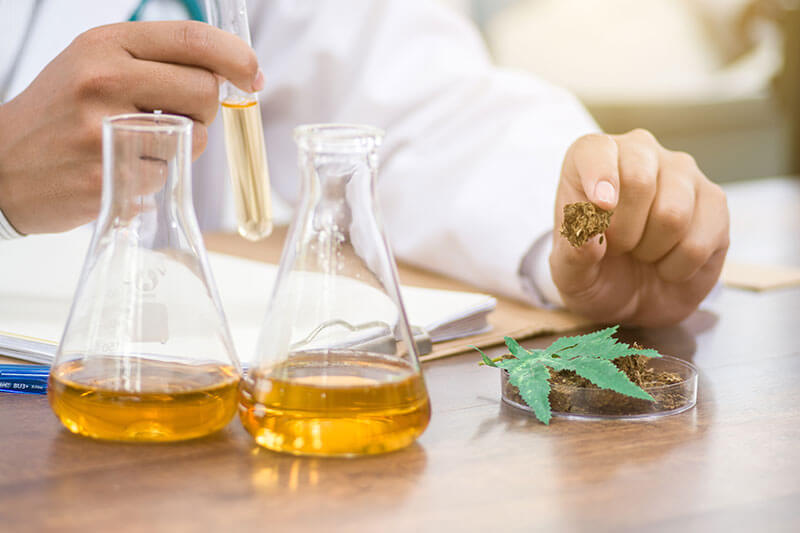 Medical marijuana often has a higher level of CBD, which tempers the psychoactive effects or the ‘high’ that you would get using recreational weed containing more THC. CBD has calming effects, which help with anxiety, and there is substantial proof that CBD can heal the body and decrease inflammation levels, with evidence so compelling that the world anti-doping agency has removed it from its list of banned substances.

In contrast, recreational cannabis is much higher in THC–the psychoactive compound in marijuana–and people use it to encourage and enhance effects such as euphoria, relaxation, increased libido and distortions in perception. THC actually has its own medicinal effects, but it can also increase anxiety and paranoia. The effects of marijuana also obviously vary depending on the person and the potency.

The Difference Between Medical and Recreational Cannabis Potency

There actually isn’t a difference between the flowers and the concentrates used to make medical and recreational marijuana, but the potency of medical cannabis is usually higher. Medical marijuana is subject to much tighter regulations than recreational to ensure safety and efficacy. The aim of medical marijuana is to offer the perfect balance of THC and CBD to treat a specific health issue without side effects—this is what is called a therapeutic dose. Conversely, there are caps on the potency of recreational marijuana—sellers are only allowed to offer a certain level of THC in their cannabis products, and it can be more difficult to test and regulate the THC to CBD ratio. 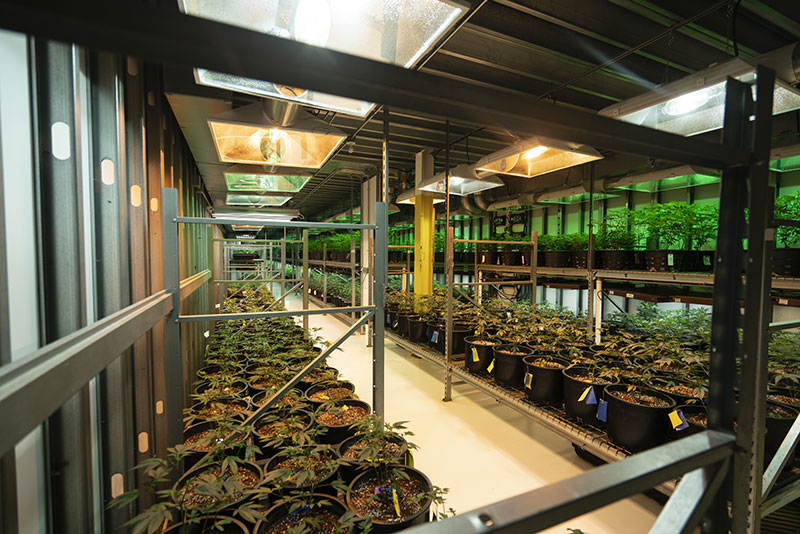 Whether you decide to use medical marijuana vs. recreational cannabis will depend on what you want from the experience and the effects that you are looking to gain, as well as the laws and regulations in your state. Either way, cannabis can be an amazing way of improving many aspects of your life.

We have the newest strains from CBX ⛽️ #Happ

Wether you want to be energetic, relax & chill, or

Different Ways to Consume Cannabis and Their Effects

How to Choose the Best Cannabis Strains for Creativity?
Scroll to top